Ways to keep your socks up 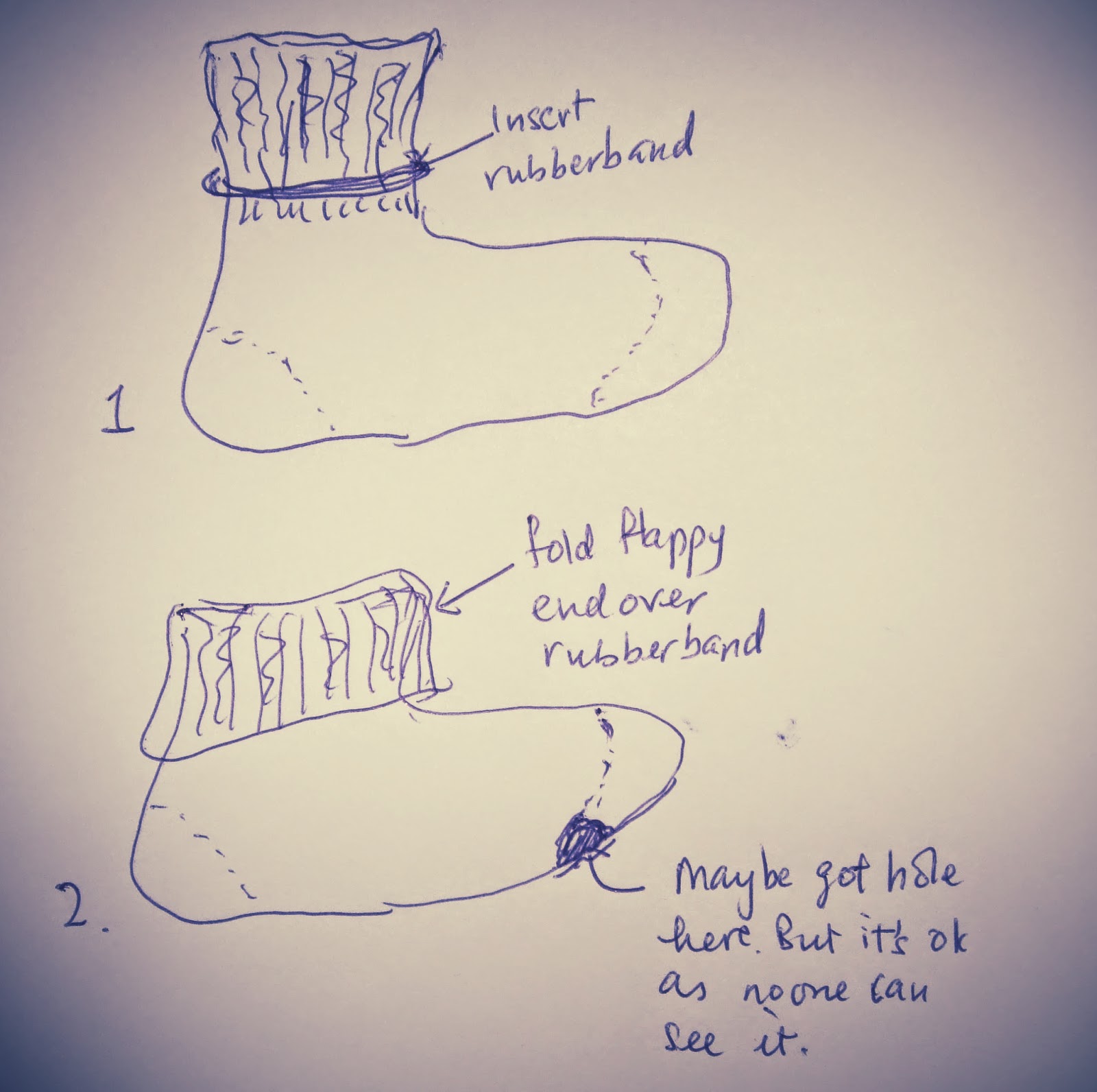 WHEN we were kids, even getting new socks was a luxury. Though it wasn't often that we got new socks, we didn't have to "darn socks" as often described in Enid Blyton's books (we kept wondering what that was). Socks were hardy in those days (and present days too, I suppose) -- so we seldom had to mend holes. But what usually gave way was the elasticity at the legs so that they drooped further and further down to the ankles and even further as the day passed. So that when the bell rang for home, you found your socks had slipped right down, bunching on the in soles of your shoes. Hmm, not good.

Another less painful way -- you roll the loose ends of your socks (like rolling Swiss rolls)  all the way down to almost the ankle So the "roll" should just sit on top of the heels of your shoes. So "stylo". This worked only if the elasticity wasn't totally non-existent.
Posted by Lo Tien Yin at 01:36:00