About that metallic brown Suzuki 800 again

THE story in today's Straits Times, about the 26-year-old who became a millionaire overnight, reminded me of the girl who sold me the metallic brown Suzuki 800. She had placed an ad in the Classifieds.

I wonder if she managed to fulfil her dream?

Anyway, back to the car. It was as good as a 3rd-hand car could be. It stalled silently one day along Holland Road near Botanic Gardens. Luckily, I was still able to steer it and rolled to the side without the engine on. I called for my favourite car-tow person who also gave me a ride home in the truck. (I don't really remember, but it probably wasn't as simple as this as I must have walked for miles looking for a public telephone... as I didn't own a handphone then.)

I knew a number of nice car tow drivers in those days. Once it was in the wee hours of the morning when my car had a flat -- and I was going to be late for work (those days, I started work at 4am) and he would arrive in the gloom of the early dawn, deftly stuffed the hole in the tyre with some kind of filling shot from a gun-like device, pumped up the tyre and got me on my way. (I had a handphone by then.)

Then another day, also along Holland Road but nearer Ulu Pandan, a van shot into my lane and crashed onto the side of poor Suzuki 800. It dragged the left door almost out of its hinges. The van driver, to his credit, was extremely apologetic (and more in a shock than me). In a daze, he whisked out a broom from his van to sweep away the glass bits, and tried to get the door to hang less precariously. Then we both drove to the police station at Clementi.

It was a rather strange drive as a bit of the left front door had fallen off and I could see a lot of scenery outside as I drove.

There was no worry about the left rear mirror as it had fallen off a long time ago (and I still remember, along Dunearn Road). It just decided to fall off one day with no warning. I didn't think it was worth the trouble of stopping the car to look for it. It wouldn't fit back in for sure.
Posted by Lo Tien Yin at 00:42:00 5 comments:

MY good memories are not in the real roti prata, but a dance teacher who was nicknamed "Roti Prata'.

She was our dance teacher. She was French and we liked her a lot as she incorporated a lot of moves in her routines -- from yoga to ballet, to pilates. She was inspiring and the music she chose for each routine, were excellent choices --  infectious, dancey ones (not beyond her to select Thai music pieces too) for dance moves, world music (those days, there was Deep Forest) for yoga moves and stretching.

And the most inspiring was when she sat in lotus pose. She would tell us to let our centre of gravity fall -- fall, fall, fall, till it reaches the very bottom and connect with the floor. For her, that would be her roti prata-like backside. There was no other more apt description of her bum -- they sort of fold over and rest so nicely on the floor -- her centre of gravity so in touch with the ground.

A pity she left when her husband had to relocate to Bangkok.

Not the right car?

ALL my life, I have been driving little cars, the littlest being the Suzuki 800 (which I don't think is in the market any more, not even used car markets.)

I am driving a Suzuki Swift now -- my second one that is new -- and my first that comes with leather seats. In the past, all my cars have been 2nd-hand models. Besides Suzuki, the other little cars I have driven include a metallic grey Subaru Justin. But so far, my favourite, was the red Toyota Starlet which I have already extended five years of COE and very unwillingly gave it up when the extension came to an end.

The very first car I bought after I passed my driving test (my 3rd attempt), was from a used car dealer at Killiney Road. It was a dull maroon red hatchback Ford model (can't remember its name but definitely not in production anymore.)

I bought it despite it having no aircon (its previous owner has installed a little fan at the dashboard), I drove it right down to Tuas, to practise, with that little fan blowing in my face and all windows down. It was hot, but exhilarating.

There were lots of trouble of course, the aircon needed to be fixed, the water tank leaked, the lubrication oil too -- and a host of other problems. Spent fortunes fixing it up and driving it around with two pillows on my seat. I was short in height, and as a new driver, needed to be able to see the front of the car so that I could gauge its distance from the car in front of me. I needed a bird's eye view of the what's in front of me to be able to drive.

After fixing everything and I was so perfectly happy with it, I smashed it when I tried to avoid a car speeding out of a gate into the main road. My car went over the divider and into the next lane. Told the insurance agent who called me later to say that it was a write-off . He sounded very upset and mumbled under his breathe that it was his luck to have sold insurance to me.

The funniest things happened with my second-hand Suzuki cars. My former colleague once had to borrow my car for an urgent assignment. On returning and about to start the engine, he found that my shoebox of CDs was missing from its usual place on floor of the left front seat.

"Oh dear. Tien is going to be upset. Someone has broken into the car and stolen her box of CDs!" he mumbled to himself (as he narrated the tale to me later.) Then, he found he couldn't start the engine. Worser and worser! Then he realised he wasn't in the right car.

We laughed a lot about the episode each time we met. Like, why would anyone want to steal a box of old CDs?

It happened to myself too. After my dance lesson at the YWCA which used to be at Scott Road, I unlocked my car (those days, no remote control) and hopped onto my metallic brown Suzuki 800. Strange, how is it that it has this little tennis shoe hanging from its rear mirror? And somehow, the seat didn't feel right. Then I realised that I wasn't in the right car. 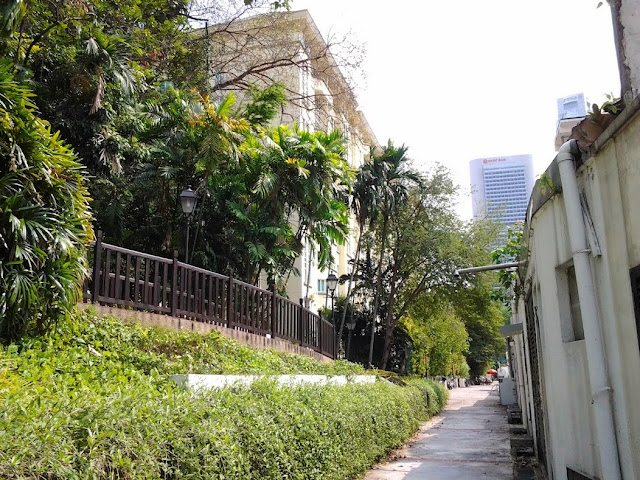 LANES, steps and paths are intriguing. Back lanes are relatively safe to explore. Steps too. But paths? Though they call out, I hesitate. It may be ant or bee-infested, mosquitoes... Maybe even a snake or two? And definitely too hot for the half-baked urban explorer like me. So good enough to snap some pictures and just wonder where they lead to. Perhaps one day.

Note: Didn't caption the pictures because I hope you will be intrigued as well, as to where all these paths and steps lead to... and where on earth are these lanes, steps and paths? 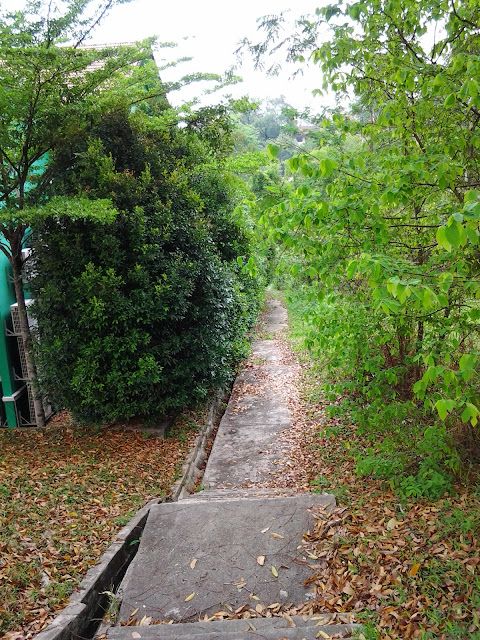 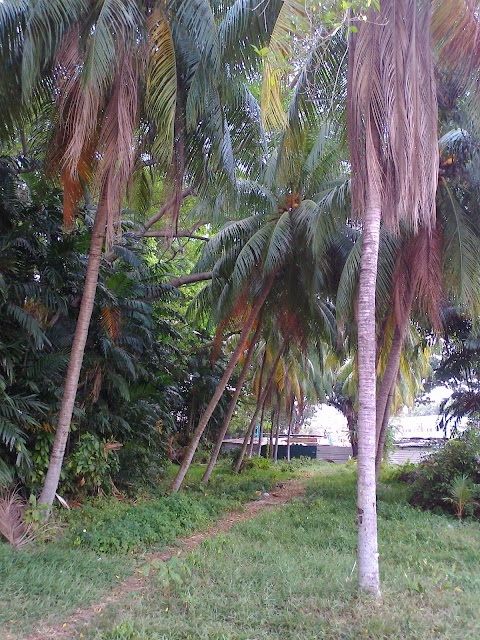 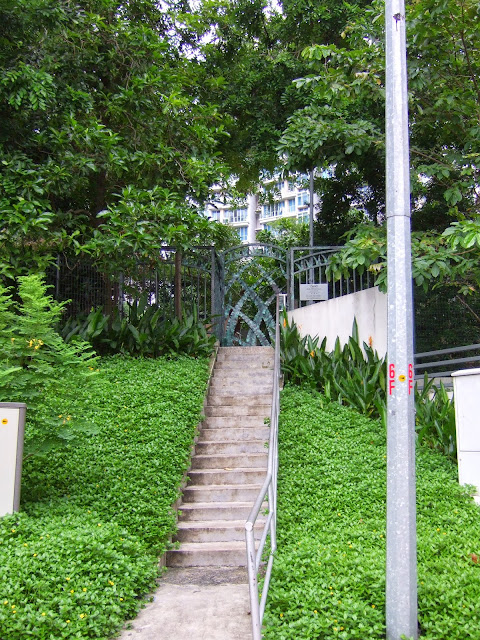 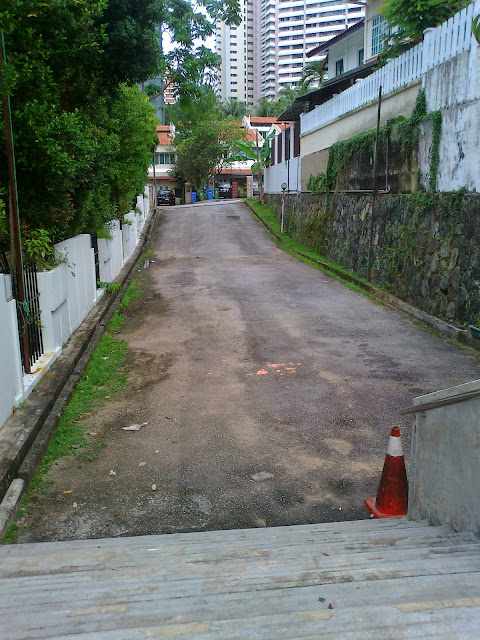 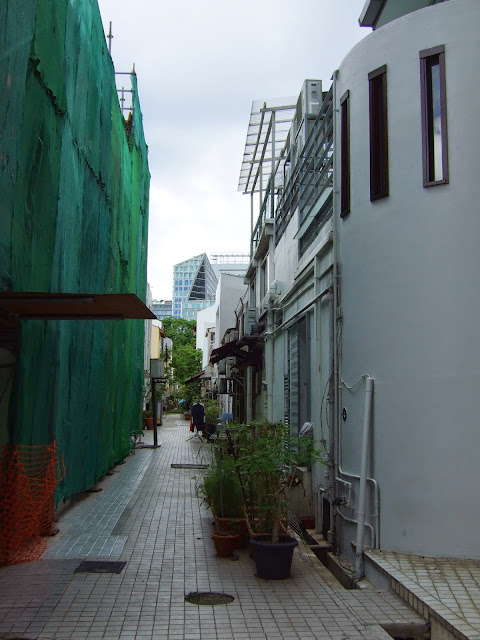 AHMAD Jaafar (Selamat Hari Raya), was a familiar figure for me way back in the days of B&W TV. Even my mum knew him. He always had a saxophone hanging from his lips. His body would bob (or rather, bounce) up and down to the rhythm of the pieces he played. He kept that  rhythmic bounce even when conducting the RTS Orchestra.

Little did I know that I would take saxophone lessons from him at a music school that was in a terribly old building (was it Tudor Court, I couldn't really remember) that was waiting for a second life. That was in the early 80s.

I like the sound of saxophone. The alto sax was just right for me as it was short. Kenny G's very portable soprano sax would be ideal, but then, I didn't know saxophones went smaller than the alto sax. In fact, I thought all saxophones were those long things -- which I was prepared to strap to myself and learn. But when I enquired at the school, Mr Ahmad Jaafar said the alto sax was more suitable for me.

I was a bit disappointed because I thought if Kuo Po could play that long saxophone, so could I. But anyway, I got Mr Jaafar to buy for me the alto sax which was from China.

First few lessons was on licking the reed wet enough so that it would produce a sound when I blow on it. Positioning the mouthpiece between your lips and teeth was also important. You need to fold your lower lip over the lower row of teeth, than push the mouth piece in, and blow. (He said playing the saxophone would give you strong and firm facial muscles so that you stay young longer!)

You must also blow from the diaphragm, or you will get very superficial sound and will run out of air quickly.

Next, came the familiarising of the keys -- the higher ones were not so difficult. The lower ones were very complicated and you need to press certain levers to sharpen or flatten the notes.

But it was getting the rhythm (that characteristic Ahmad Jaafar bounce) that killed me. Rhythm, rhythm, rhythm, he would said sternly to me.

"Count! Timing! Rhythm! You practise!" he would say to me. His tall but slightly stooped frame would then disappear from the music room. Soon, I hear the sound of the vacuum cleaner humming as he pushed the machine up and down the corridor outside. He would return towards the end of the lesson, clapped the rhythm I should be playing, sighed, and dismissed me.

The most stressful part of the lesson was when he put the metronome on and I had to play in time. More stressful (but rather enjoyable -- for me) was when he played on the keyboard to accompany my playing. He would play some introductory bars and I would need to jump in. I was always at a loss as to when I should come in. And after that, of course, my timing varied a lot from his.

"Girl, you mustn't have your own timing. You want to play with a band?" He would leave the room without another word. Soon, I would hear the vacuum. The floors were very clean when I practised at the school.

It was to my credit that I struggled with the heavy saxophone (kept in a hard case) every Saturday, up and down the bus to Orchard Road for about three years before I too, gave up. (I think Mr Jaafar gave up on me long before that.)

Note: I can't remember the name of the music school, but I think it was Corey. Anyone from there?