DO you remember tearing out the label that had a swan on it from your new pair of white school socks? There would also be a tiny metal clip (to keep the two socks together) which when removed, could be clipped to your ears as earrings.

In the early 60s, Swan was originally a Japanese brand but already sold in Singapore. But from 1964 it was manufactured in Singapore by the Swan Socks Manufacturing Company with expectation to produce about 300,000 dozen pairs a year. This was Singapore's first socks factory.

Not sure when Swan socks sang their swan song. But Swan socks were good stuff. They lasted and lasted. And when the elasticity at the sock legs wore out, you used rubber bands to keep them up. I remember our primary school organised an "expedition" to the factory (couldn't remember where it was) and we were each given a pair of Swan socks!

Wonder whether school kids still have such visits today.
Posted by Lo Tien Yin at 23:50:00 1 comment:

Bread and butter... a bite down memory lane 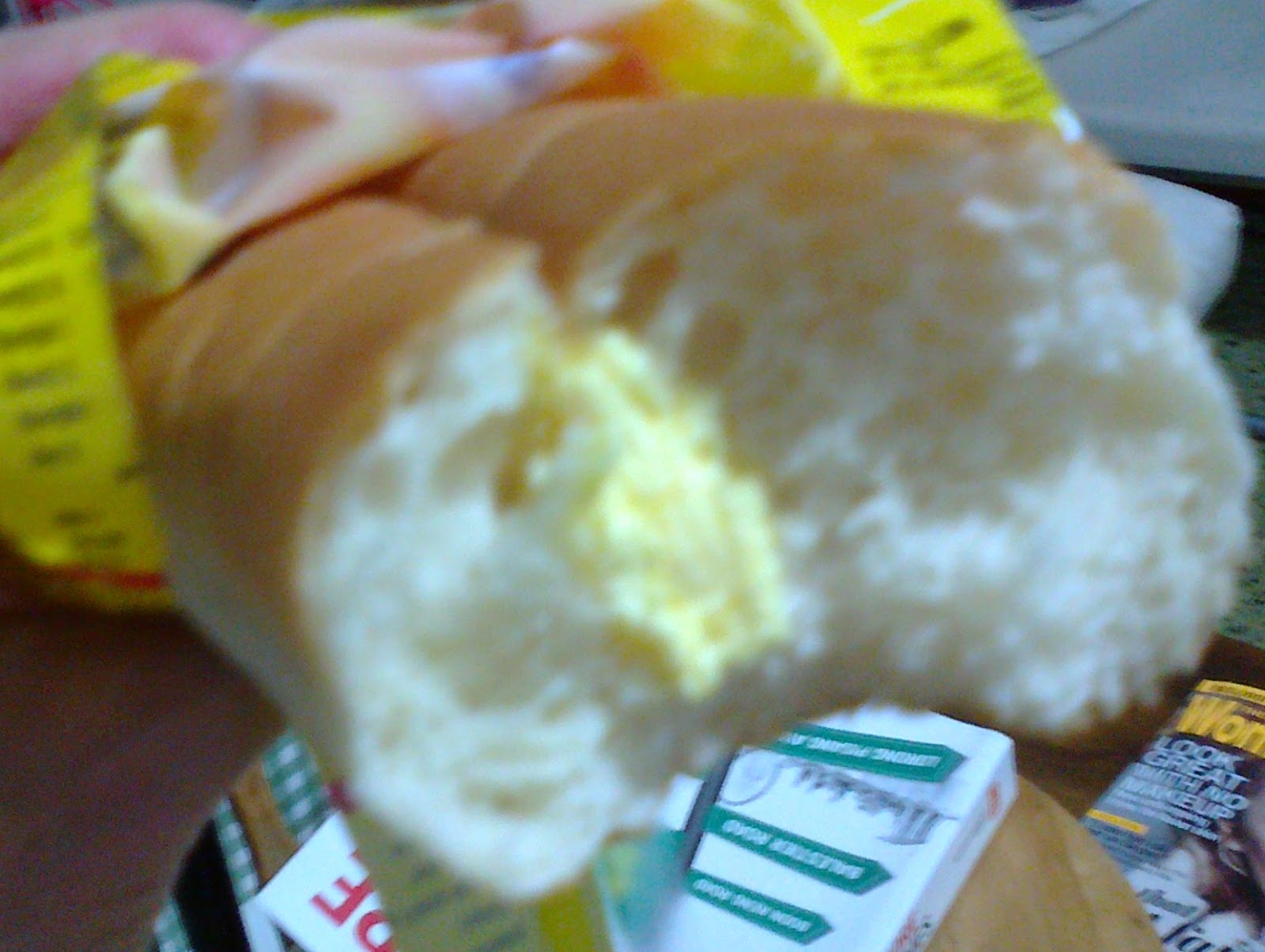 SUNSHINE bread has been around for ages. It is Singapore's oldest bakery, operating since the 1930s in Geyang (their website: http://www.sunshine.com.sg/our-story.php). Just recently while browsing at the Fairprice outlet at a petrol station, I came across Sunshine's "Enriched Butter Sugar Roll". They are sandwiched with SCS butter (another long standing brand) -- with grains of sugar. So you actually bite a chunk of history when you sink your teeth into this roll.

Remember the days when breakfast was a slice of bread, thinly buttered with a sprinkling of sugar? Then you washed it down with kopi o? Well, eating this "enriched" version today brings back the great old school taste. What's more, these rolls are fortified with vitamins and fibre. Yeah.
Posted by Lo Tien Yin at 19:59:00 No comments: 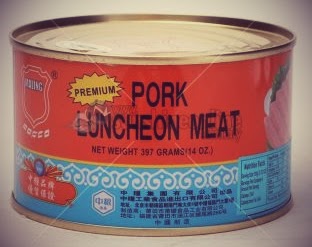 PARDON the Singlish. But "lagi" in this context means "even". Yes, even more childhood brands are beginning to emerge from the deep recesses of my mind.

There's Ayam Brand sardines. My classmates told me that it would even taste better in sandwiches if I chopped chilli and onions and mesh them with the sardines. Add a few drops of lime juice, if you don't mind the trouble.

Oh yes, Ma Ling brand luncheon meat. Used to cut chunks of it from the can and gobble them up plain, when mum wasn't looking. You can still find this brand in the supermarts and neighbourhood provision shops. Slice or cube them and pan fry them slightly. Add green peas and tomatoes -- and you have a dish. Ma Ling pig trotters are great too! The gravy is heavenly with rice, or used as a dip for bread.

Here are some more things (some are brandless) which are common during my childhood days in the 60s and 70s -- and still around today: 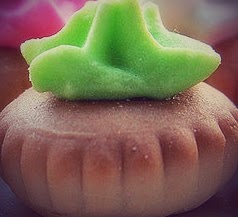 Butterfly biscuits
Shaped like a butterfly, hard as a rock. More commonly eaten during my primary school days, but somehow grown out of it in secondary school.


Button biscuits with icing
Would bite off the icing first than pop in the biscuit. Shopkeepers used to scoop them out from huge glass bottles (with metal lids) and wrapped them in newspapers for you. I believe they are now available in packets sold at supermarts as "gem bisucits".

Bun with cream
This is a simple bun that has a thin layer of cream in between. Not a favourite of mine, but it's nostalgic.

Don't know about you, but I love the cream in there! It would be a great disappointment if I found only a tiny dollop inside the flaky horn. When we were small, cream horns were readily available in Chinatown's roadside stalls, as well as cream puffs. Today, you can still find them at Balmoral Bakery.

I used to see them being served at coffee shops -- sliced chunkily with a bit of sugar. I am most familiar with the ones which come in a blue cardboard packaging. You need to progressively slide out the chunk of cheese from the box for slicing as it dwindles in size.

Milo
I needed to drink a cup of this for breakfast before I leave for school. I was never a fan of this drink. But somehow, when it came from the green van, icy cold in a triangular paper cup during sports day, it tasted perfect! A spoonful of Milo straight from the tin doesn't hurt either.

Planta magarine
Those in my childhood days came in metal tins and cans of various sizes, in yellow. The bigger cans were used by provision shop towkays to contain coins for change. The can dangles from the ceiling on a pulley system which allows you to pull the can down when you need to dip into it for change. It springs up automatically again after use. Planta magarine when used in cakes give a richer taste (I think, from my own experience). It is also easier to cream than butter. There's a great picture of this old brand found in this blog http://www.thaiscooter.com/forums/showthread.php?t=713134#.U3MWU_mSxkg (in Thai).

Pig's ear biscuits
First saw and introduced to them at the stall selling sweets and huge prawn keropoks (crackers) in my primary school tuckshop. Alternate brown and beige twirls forming a biscuit that shapes like a pig's ear. Think it has a touch of cinnamon. Those sold today in packets seem to be overly hard and taste different.

SCS butter
This is the one with the star on its packaging. Just love creaming this butter till it is white during baking activities.

Thye Hong Biscuits
Remember those school visits to the factory? And those small packets you used to get on Children's Day? There was also Khong Guan Biscuits (KGB). There was a joke which went round in those days: Russian spy flashed his identity: KGB. Singapore's counterpart also flashed his: KGB.


Gone
Ovaltine
They have disappeared from the shelves in Singapore. I remember seeing a really huge billboard advertising Ovaltine at People's Park when I was very, very small. For some reason, it showed Chinese generals fighting in a war (something like those drawings associated with The Three Kingdoms). I guess it depicted strength and energy the drink provided.

Goldfish brand mosquito coils
However, mosquito coils are still around, and pretty much the same. There's a slit in the innermost coil which you use to slot onto metal stands. They were really effective because you immediately hear those irritating drones around your ears when the coils got burnt off.

Miss this much
The smell of coffee beans being roasted over a charcoal fire. As a child, I used to see this being done at the back of coffee shops in backlanes. The man would turn this metal rectangular thing containing coffee beans round and round over the fire. Occasionally, the man would slap chunks of margarine onto the beans. I loved the smell more than the taste of coffee.

WHOOPS, how can I forget Ribena? This childhood drink is still around today -- in more forms than those of yore. In my time, the syrup was usually in a knobbly (like little grapes?) glass bottle. And you needed to mix it first with water before you could drink it -- unlike those ready-to-drink versions of today.

During my primary school days, my constant companion was a light green water bottle filled with very diluted Ribena as mum said I shouldn't be taking it too sweet. While Ribena is still around today, sad to say, I couldn't find a water bottle like the one I used to have. It came with a full-sized cup that fitted on top of the bottle. Sometimes, instead of Ribena, mum would fill it up with button-sized biscuits. As the bottle was airtight, they would still be crispy as anything during recess. OK, I am digressing.

For condensed milk, there is none as familiar as Milkmaid. Of course, the jingle in the commercial helped: Grow tall little girl, grow tall little girl, there's a big world waiting for you... drink Milkmaid milk. See, I can even remember the lyrics even now. Blogger Yeo Hong Eng:  http://wwwyeohongeng.blogspot.sg/2013/10/collection-of-milkmaid-condensed-milk.html features a collection of labels! Must admit I don't remember they coming in a series featuring different themes. Certainly must-have collectibles.

For evaporated milk, Carnation is the brand that comes to mind. What better thing on a hot day but a dash of Carnation milk on ice-kacang? "More, more, more" was what we always requested of the ice-kacang man (or woman).

In the bathroom, there was always a big plastic bottle of Johnson's Baby Powder. Just loved the smell which I don't think differs from today's version.

We were not familiar with Band-Aid, although according to Wiki, this American brand has been around since 1920.  But in my days, it was always Elastoplast. Although it has 4 syllables, and a bit of a tongue twister, "Where's the Elastoplast ah?" was rather commonly heard whenever we got blisters from wearing new shoes (particularly around Chinese New Year). In those days, the plasters came in a flat red and white metal box (like the last picture you see here: http://www.thedieline.com/blog/2011/11/11/elastoplast.html) which could be used for keeping other things like coins -- or pudi pudi, those little plastic things that were shaped like flowers (or sometimes even cabbages) and animals we used to play, pushing them over each other, using our fingers.