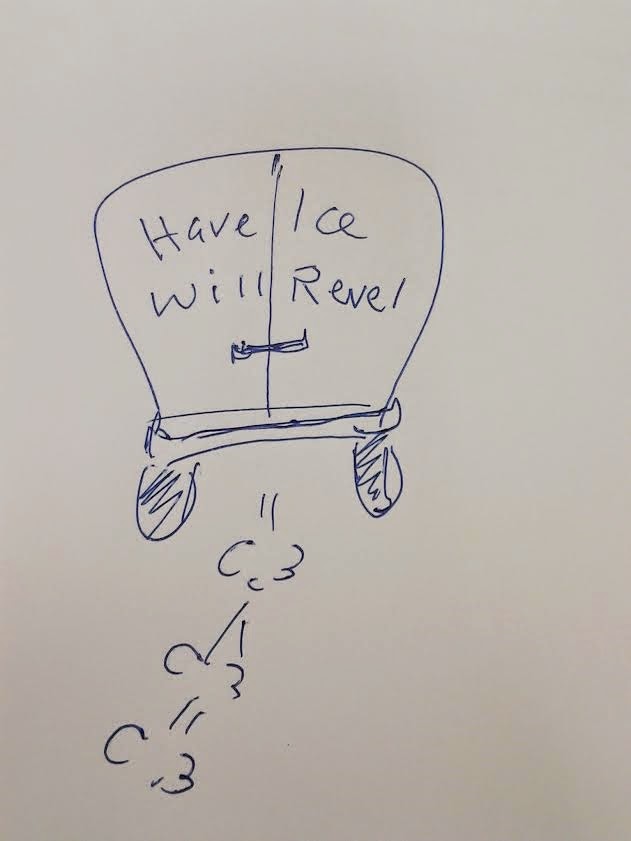 JUST a day ago, I was behind this van which carried this tagline on its back "The Carrier Man Can". I haven't seen this tagline for a long time. But during my childhood, we always sang the jangle from the commercial. It's very simple, just repeat the line three times.

And not too long ago either, I saw another tagline which I rather like -- "Have Ice Will Revel" -- a throwback to the TV series "Have Gun Will Travel" (starring Richard Boone) which was popular in the 60s. It was printed on the back of a "freezer" van, presumably delivering ice to some riotous parties where there would be much "revelling".

The clever tagline seems a bit incongruous on the very unpretentious van (which was not in the least trying to be retro or hip but just being its practical self), But I thought it was quite ingenuous on the part of the one who thought up the line. "Revel" is not a common word and rather archaic. But it does rhyme with "travel". It's probably someone who studied Shakespeare as the playwright's characters were often "revelling". (I think I first learnt the word from a Shakespearean play.)

I am not sure whether this tagline has indeed travelled down from the good old days as I don't remember seeing it before. When the TV series was popular, there were quite a few headlines like "Have Hair Will Travel..." or well, something like that, punning on the title.

Anther memorable tagline from the 60s -- "First to Bata then to School". Don't see it these days and I am not sure whether there's a current Bata one liner.

But I think Metro's "Metro Christmas Magic" is still being used. I remember the advert in the 70s. Can even remember the TV commercial for some reason -- on a girl who went shopping at Metro and pretended to be a mannequin. Yes, I was quite a Metro fan in those days :)

Indeed these one liners are interesting. Have gun will travel was one show I liked, starring Richard Boone as Palladin. Some of my very well traveled friends especially the ladies, their motto would be "Have cash will travel" :)

Yes, my mum and myself liked this series very much too. I remember Palladin was always dressed in black. The series alternated with Gun Smoke which we liked as well.