THE skies could be more blue. Nevertheless, too beautiful to give photography of this place a miss. This is the famous "100 steps" (left of the picture) at Handy Road which lead to Mt Sophia and what used to be Methodist Girls' School. My niece was the smart one who attended this school, not me. So she was the one who has memories of these steps which got her super fast to Yaohan (used to be at Plaza Singapura). I only used the steps once or twice and I couldn't remember why I had to. However, these flight of steps that look so picturesque and sort of pastoral, had a dark side. According to Frederick E La Croix who wrote "The Sky Rained Heroes: A Journey from War to Remembrance", severed heads were placed on pikes along the stairs as deterrence against "aberrant" behaviour during the Japanese Occupation. 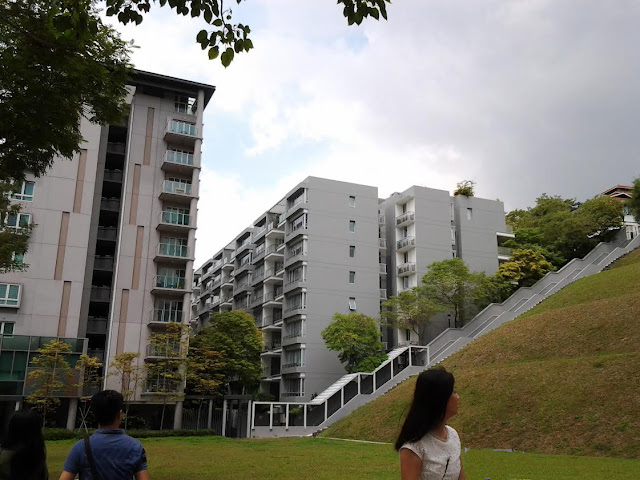 This place has changed a lot almost cannot recognize it. Yes, my colleagues and I would use the steps to go down to Yaohan from John Westley centre for lunch. Only people who study or work here knows the shortcut especially those from Shatec.

Yes, I am not familiar with these steps too. But they look very pretty now, green fields and all.