My impression of Lavender Street  written below, is based on interviews done in 1982. How the street got its name has been much written about. So I would like to talk more about its old sawmills -- because coincidentally, Cho Ah Chee who sailed in with Stamford Raffles and "awarded" an attap house at No. 1 Lavender Street, had quite a bit of association with wood -- being a carpenter.  The House of Cho was demolished in the 70s along with road widening and development. 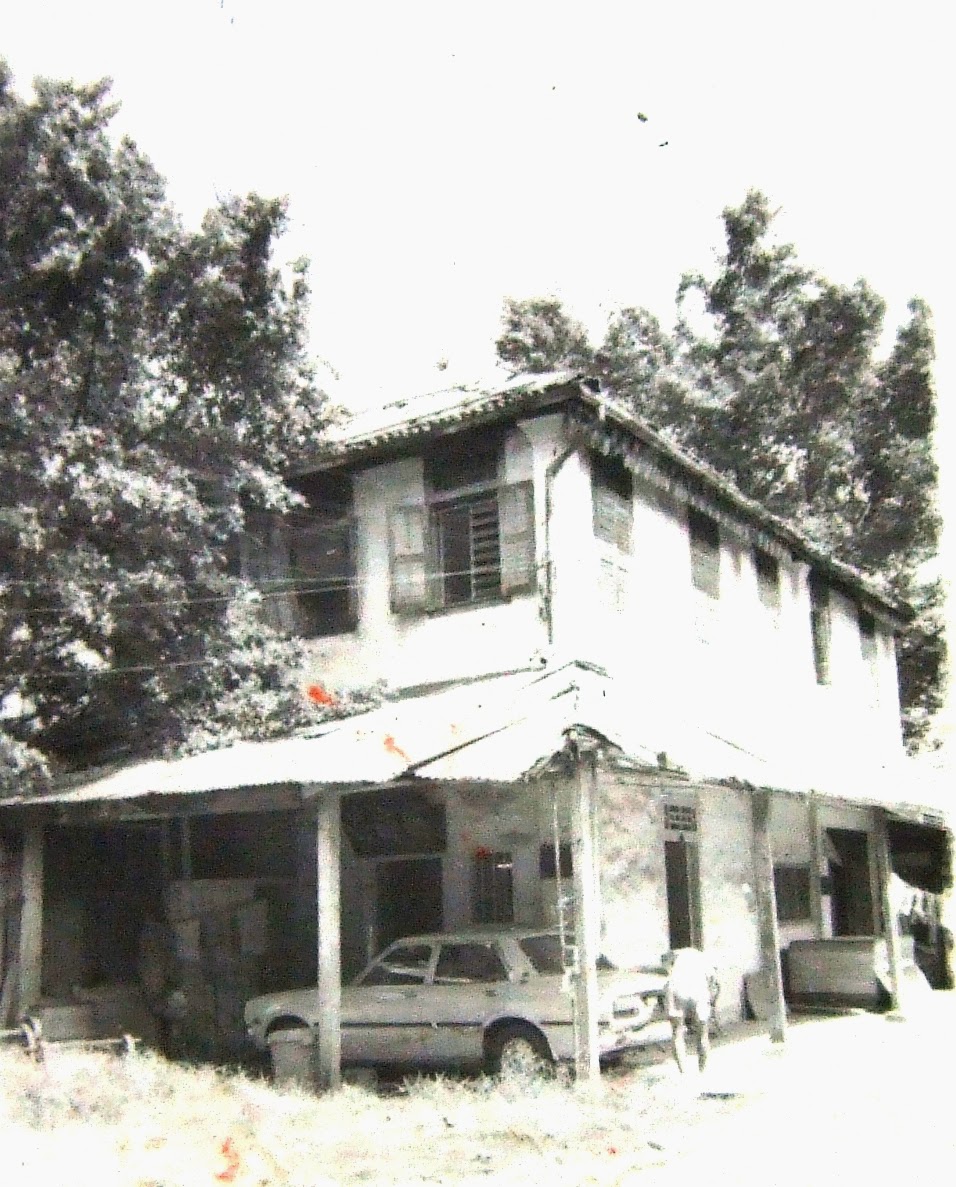 THE sawmills began moving out of Lavender Street by 1969. Most of them have moved to Kranji. Before the war, there were 12 of them at Lavendar Street. Only one survived to join the proliferation of sawmills after the war, concentrated round Lavender Street because the Kallang River used to run all the way in, roughly parallel to the street. Barges carrying timber up to 200 tonnes could enter.

Mr Tan Chong Hee who works with the Sin Ler Cheong Sawmill, one of the oldest there, said, "We could stock up to 2,000 tonnes of timber in our premises -- and the rest we left in the river."

The river was reclaimed some time in the 70s and flatted factories built over the land. "At that time, Toa Payoh was being developed and the soil obtained from levelling the area was dumped as earth filling on the river," he said.

The cutting of planks used to be done by steam turbines which turn huge circular saws. Electricity was not used till 1960. There were boilers to work the turbnes which perhaps gave the area the native name "fire city" (火成). But a more probable reason may be the Kallang gaswork nearby.

"Around the 60s, the area here was also a haven for thugs. I remember having to pay protection money. These thugs came during festivals such as the 7th month and Chinese New year," recalled Mr Tan.

"Funny thing was that we became so familiar with them that after a while, they felt bad to take money from us. These youths were jobless and so if we had vacancies at our sawmills, we asked them to join us.  But some of them were nasty and would set fire to your sawmill if you do not give them money!"

Their sawmill is now in Kranji, leaving only a temporary office at Lavender Street. Mr Tan has some treasures in this old office yet. His clients take pleasure in sitting on his "ancient" seat -- an old Cathay cinema seat bought at an auction by his father long ago. There is also an antique mirror. 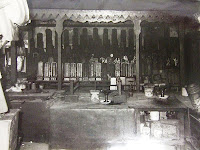 A tiny 80-year-old temple at No. 48 Lavender Street houses wooden ancestral tablets dating back to the Ming and Ching Dynasties. Its main deity is the earth god, commonly known as the "Datuk". It is represented at its altar by boulders over 100 years old. Its caretaker is a 63-year-old man who makes gungfu swords for a living. He has been a resident in Lavender Street for 30 years before moving to Whampoa.

Its 200 ancestral tablets were once housed at the premises of one of the sawmills. It was not uncommon for worshipers to group there. But during those days when underground societies were rife, constant police checks were made to ensure they were not illegal gatherings. The owners of the sawmill did not want to be associated with such clandestine meetings and hence ordered the tablets to be moved to the temple.
There is also the Lone Vale Musical and Dramatic Association, an amateur group established 46 years ago. It occupied the upstairs of a coffee shop next to the temple. Mr Tang Choo Han, 63, the oldest member there, said: "The premises was previously used for residential purpose. Some 20 families lived here and we had to remove the partitions when we came after the Japanese Occupation. The residents shifted to Serangoon Road."

"The coffee shop below was used as a workshop for retreading tyres during the Japanese Occupation -- run by Chinese. We had some 200 members then. Now we have 102, but they are younger and we have since included Mandarin pop songs in our repertoire, besides Cantonese operas," said Mr Tang.

The Kwong Fook Chinese School built in 1917, named after a temple which provided most of the funds, was replaced by a new building in 1956. It was an enduring landmark -- if you want to get to Lavender Street, just tell the taxi driver "Kwong Fook".

Older taxi drivers may even know the name "Crossroad" (十字路) which was once given to Lavender Street because of the junction it forms with Kallang Road and Crawford Road.

Could I check who is the owner of the first picture in this blogpost?
Captioned: hen sawmills were still around Lavender Street. Pic taken 1982.
I would like to use the picture as part of the National SG50 School E Book Project and need to seek for copyright permission. Would appreciate if you could give me a reply via email: ho_peiying_dawn@moe.edu.sg
Thanks!

Yours sincerely,
Dawn
(A School Teacher)